The world now knows about Lil’ Wayne dissing Jay-Z in his track “It’s Good” which comes from what is now a leaked album Tha Carter IV; although no one seems to care much about it leaking. In a recent interview with VIBE, Wayne spoke about the song and his lyrics saying:

“I know there won’t be any repercussions behind what I did,”says a confident Wayne when asked if he had second thoughts about recording his acidic verse for ‘It ‘s Good.’ “I know for a fact music is about perception. You can’t do anything but perceive what you hear. I know that for a fact. So I can’t ever be upset about someone’s reaction.”

My mind is spinning; will Jay respond? Are Drake and Jadakiss coming at Hov as well? We are perceiving what we hear alright and things are not looking good!

All hell is about to break loose if the rumors circulating around that Lil’ Wayne dissed Jay-Z are true!

On Lil’ Wayne’s track “It’s Good” featuring Jadakiss and Drake off “Tha Carter IV”, which mind you isn’t even out yet, Wayne spits a verse that will have you contemplating. The “How To Love” rapper shows no love saying:

“Talkin’ about baby money, I got your baby money, kidnap your bitch, get that how much you love your lady money/ I know you fake ni**a, press your brakes ni**a/ I’ll take you out, that’s a date, ni**a,”

Many take the verse to be a response from Jay-Z’s verse in H.A.M. were he spits:

Back in March Lil’ Wayne addressed the verse to MTV News saying:

“‘Ye played it for me personally,” said Wayne. “I went to a session with him the other night. I wouldn’t ask him about a Jay-Z line because he’s not Jay-Z.

“Actually the subject that he’s talking about in that line, I can’t box with the god with that, nah mean. I’ll be the first one to tell you that. Given my wit and the type of person that I am, I’ll capitalize and I’ll play off of it.”

Affion Crockett had everyone laughing and quite impressed by his Jay-Z impersonations….including the man of the hour himself.  The RocNation president recruited the comedian for the Rocawear viral campaign. Affion a.k.a. Hov raps to “Death of Autotune” and then transforms into the famed Les Twins for a dance routine to “Venus vs. Mars.”

This isn’t funny.  I am just impressed.  Watch below: 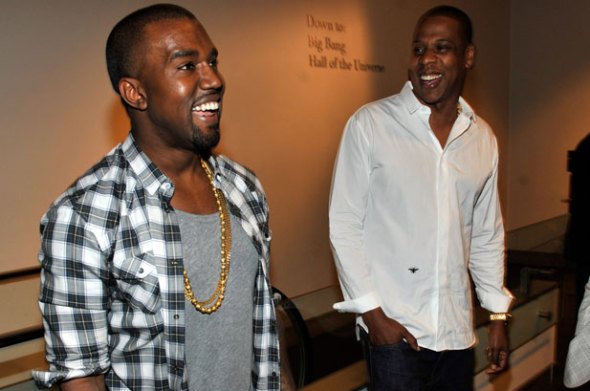 The phrase “Watch the Throne” has been on everyone’s lips for the past month, but do you even know what the album title means?

In a radio interview with Lorenzo “Ice Tea” Thomas, radio host on Miami’s 99 Jamz radio, he elaborated on the album title for listeners:

“It’s just protecting the music and the culture. It’s people that’s in the forefront of music, it’s like Watch the Throne, protect it. You just watch how popular music shifts and how hip-hop has basically replaced rock and roll as the youth music. The same thing could happen to hip-hop, it could be replaced by other forms of music. So it’s just making sure that we put that effort into making the best product so we can contend with all this other music, with all the dance music that’s dominating the charts right now and indie music that’s dominating the festivals and still hold off rock ‘n’ roll. Just to hold our place and make sure that the hip-hop culture is still the most dominant form of music around the world.”

If anyone’s gonna protect hip-hop, I definitely agree that it should be these two.  Let’s hope this has motivated other hip-hop artists to step up their game.  Do you think Watch the Throne does a good job of protecting the culture?

We told you all how Jay-Z and Kanye broke an iTunes record with 290,000 copies of “Watch The Throne” sold in a week, now see how Jay celebrates it. The “Otis” rap mogul held an album release party at club LIV and spend an amazing $250,000 on bottles.

Talk about bottle popping, the drinks flowed all night as his celebrity friends all got their sip on. Ne-yo, Ace Hood, Daddy Yankee, A-Rod, Kim Porter, Flo Rida and many more joined in on the festivities. 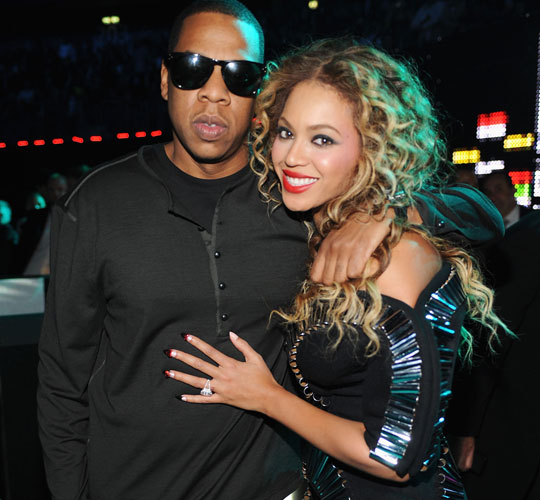 Jay-Z and Beyonce have been named pop music’s most iconic couple by Vogue Italia.  Both artists have appeared on the cover of L’UOMO Vogue and Beyonce did a beautiful spread for the mag about a month ago in support of her most recent album, 4.  According to the magazine:

“Beyoncé and Jay-Z  are an “aristocratic” couple: no scandals, very little gossip, low-key profile (that is, as low as the profile of a man with a penchant for gold chains can be…) buckets of happiness and any “dirty linen” – if there is any dirty linen at all – rigorously “never washed in public” but kept private.

A rare example of extraordinary grace and composure even, and most of all, compared to those couples who are aristocratic by birth.”

What a great honor!  Let’s hope they can keep it up!