Angelina Jolie: ‘I Don’t Love Acting As Much As I Did’ 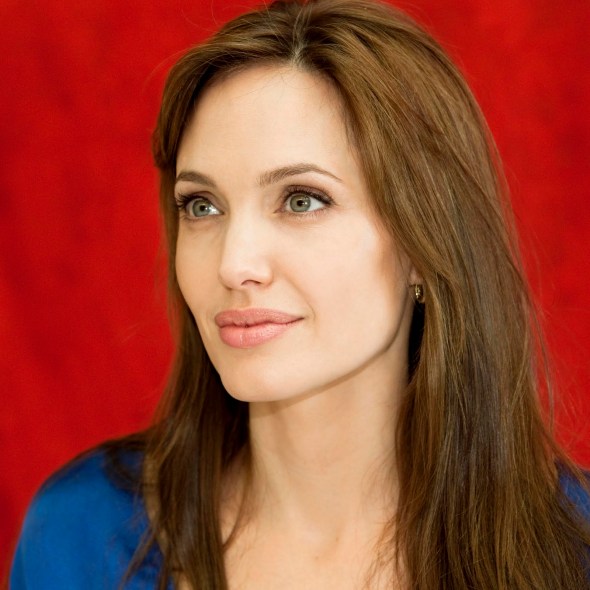 Angelina Jolie, who rarely makes public appearances (because she wants to), sat down with Financial Times to talk about life these days and how her views on acting have changed since starting a family with long time (at least in Hollywood) partner Brad Pitt.  Interview highlights:

“I’ve never not been grateful to be an actor, but I think when I was younger I needed [acting] more.  I was trying to question things in life so you find these characters that help you find things and grow.  [Acting is] like being in therapy, in a way.  You’re drawn to certain roles because they question something about life, or about love, or about freedom. You ask these questions as you grow up: am I strong enough, am I sane enough? Do I understand love, do I understand myself? I’m older and I know who I am, and I’m less interested in the character helping me answer something than in being able to answer it for myself, as a woman, as an adult, with my family.”

On settling down in one place with her family (which includes Brad and their six children: Maddox, Pax, Zahara, Shiloh and twins Vivienne and Knox):

“Home is wherever we are.  I’m very bad at staying in one place.  I’m also bad at sitting still. I was a terrible student at school. But there’s so much to explore in the world, so I love travel. If you can travel I think it’s the best way to raise kids.”

On her kids learning about their various backgrounds:

“They are all learning about each others cultures as well as being proud of their own. So it’s not like just the boys get to do the Asian thing.  They all have their flags over their beds and their individual pride. We owe Vietnam a visit, because Pax is due. Z wants to get back to Africa, and Shiloh, too. So everyone takes their turns in their country.”

Jolie recently made her directorial debut with the yet-to-be-released In the Land of Blood and Honey, a romance film.  Mother/actress/partner/director/humanitarian….a true diva, indeed.

Angelina Jolie is no stranger to activism and finding a voice for those who’s voice cannot be heard. With the dangerous factors faced by Libyan refugees Angelina is urging that they be protected. UNHCR Goodwill Ambassador and Jolie meet with refugees and learned first hand about their fight for survival.

“As we witness these newest crises unfold in west and north Africa, it is critical that all parties respect the fundamental right of people in danger to flee to safety – whether civilians caught in conflict in their own country or refugees and asylum seekers caught in new conflicts. All I’m asking is that civilians be protected, and not targeted or harmed.”

“With these new waves of uprising and conflict, there is and will continue to be massive new displacement. The world needs to address this moment. We have to give people safe passage, evacuation if needed, and ensure they have asylum. We don’t want to look back and find their deaths are on our hands.”

“As the world’s attention shifts to the newest refugee crises, we need to remember that if we don’t support people in the long term to really get back on their feet – to feed, shelter and educate their families, to earn a living with dignity, and to participate in meaningful ways in their societies – we will see a continued cycle of instability and new crises.”

Jolie is genuine in her quest and divaMission is definitely keeping Libyan refugees in our prayers. 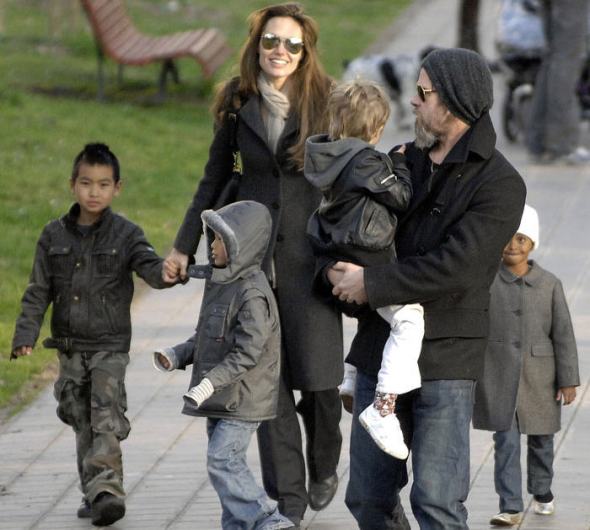 These two have to be the biggest and best do-gooders in Hollywood. Power couple  Brad Pitt and Angelina Jolie have donated $2 million to a Namibian wildlife sanctuary.  The Jolie-Pitt family recently spent the holidays there.  Angelina chose to make this donation since it’s the country where her daughter, Shiloh, was born:

“We want [Shiloh] to be very involved and grow up with an understanding of her country of birth,” said Jolie. “We continue to be impressed by their hard work and dedication to the people and conservation of the land and wildlife of Namibia.”

I love seeing people with way too much money giving it away for a good cause.  Let’s hope the sanctuary can make good use of the money.