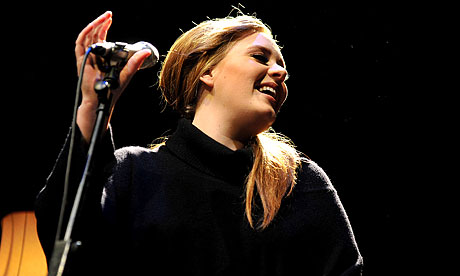 According to many reports, Adele has been advised by her doctors to take a month off from singing and avoid talking.  The multiplatinum singer was forced to cancel the rest of her North American tour when her voice was showing no signs of improvement.  She previously wrote on her official website:

“I’m really frustrated. I was hoping with a weeks rest I’d be better to sing again straight away. However there is absolutely nothing I can do but take the doctors advice and rest some more. I’m so sorry.”

Her laryngitis can also be attributed to her smoking habit.  A source close to the singer tells News of the World: “Adele’s voice is very special. But if she continues to abuse it in the way she has, then she could lose it completely.”

Adele, girl: put the cigs down and rest that beautiful voice!!

UPDATE: Adele posted this message to her website TODAY:

Hello! As I’m sure most of you know i had to cancel over half of my US tour a couple weeks back. it was a devastating decision to make, but i really had no choice. i had to give my voice 2 weeks rest or risk permanent damage. I’m so so sorry. we are in the middle of rescheduling it all and i will see you there when i return. once all the new dates are in place ill let you know straight away! i was having the best time ever on tour, i enjoyed the shows so much and met so many amazing people and got to play with the best artists Ive ever played along side with, and i really am gutted to be back before its finished. thank you though to everyone who came to the shows i was able to do! I’m at home now, watching box sets and sorting things out into neat piles and resting. i haven’t been able to cook for almost 3 months cause Ive been on the road so I’m getting back into that. Ive become obsessed with beyonces i am sasha fierce tour dvd and 30 rock, and Ive also started uploading over 1000 cds to my itunes! long but satisfying! i cant wait to be able to sing again, I’m bored stiff. ive had a check up and im on the mend, i still need to take it easy and rest but things are looking up. i havent been told to not sing or talk for a month, i have given up smoking again! and also im not having singing lessons. i got better before and im getting better this time, and i will do everything i can to make sure nothing like this happens again! im gonna be on stage in london in just under 2 weeks but its a surprise i think!? xx

The best part of this message is knowing that she has an obsession with the I am Sasha Fierce Tour DVD.  Mary and I are obsessed as well!!  And of course, happy to hear that she’ll be back on stage sooner than expected.

Professor Dean is gearing up for the release of his forthcoming album Haute Living which will be coming  out this summer/fall. Coolin, the track featuring Eve has already created a huge buzz so I’m expecting the rest of the album to do the same.

Swizzy recently sat down to discuss hot topics such as his partnership with Reebok, Lil Wayn’e Dear Anne leak, and his desire to work with Sade. He also talks about how he would like his wife Alicia Keys to join Adele on a track together and why Jay-Z’s and Kanye’s album was delayed.

If Swizz can pull off getting AK and Adele on a track that would be wild! 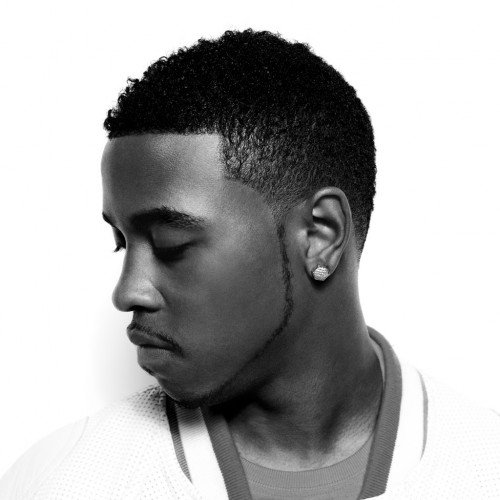 Jeremih showcases his musical talent in Billboard.com’s Billboard Mashup Mondays.  During the clip, Jeremih plays the drums and pianos while singing a cover of Adele’s “Rumour Has It,” the second single from the multi-platinum 21 (co-written and produced by One Republic’s Ryan Tedder).  Towards the end, he adds in covers of Vanilla Ice’s “Ice, Ice Baby,” Queen and David Bowie’s “Under Pressure,” and his own “Down on Me.”

“You probably have never heard this type of sound from myvoice, so I just wanted to touch it and see what I could do with it…I think [Adele is] one of the hottest new breakthrough artists. I love her sound of music. It kinda gives me the old Motown sound of music that I grew up listening to.”

I think this is great.  Rarely do we get to see just how talented pop artists are; props to Billboard for giving them this type of outlet.  Watch below:

Adele looks freaking gorgeous on the cover of this month’s UK Glamour.  Her album 21 remains in the number two spot on the Billboard spot while Lady Gaga’s Born This Way is in the number one spot for a second week in a row.  However, many predict that Adele will take back her top spot again next week.

There’s no stopping her!!! Check out the pics: 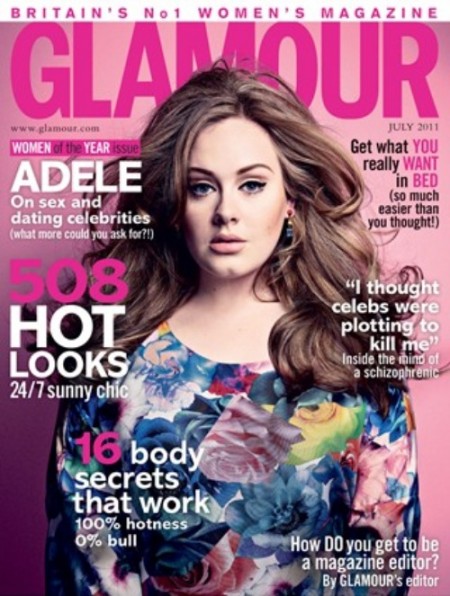 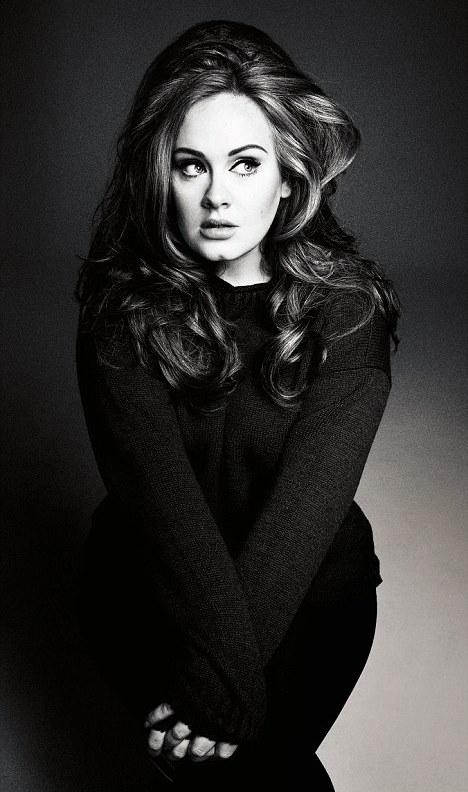 Numbers are in for the previous week’s album sales, and it looks like a congratulations are in order for some guys.

Funny guys The Lonely Island have landed at the #3 spot with 68,000 copies sold of Turtleneck and Chain, the follow-up to Incredibad, which debuted at the #13 spot in 2009. Chain features collaborations with Nicki Minaj, Rihanna, Akon and more.  Two spots behind is Odd Future’s Tyler, the Creator, whose sophomore effort Goblin debuted at the number 5 spot with 50,000k sold.  A very excited Tyler tweeted the following after seeing the numbers for himself:

“I AM THAT NI**A RIGHT NOW FUCK HARD WORK PAYED OFF YOU CANT TELL ME SHIT NI**UH!!!!!!!!!!!!!!” exclaimed an excitedTyler. “50k Is So Much. Like, For Me, Maybe Not To You Guys Whos Used To Mariah Or BOB Selling Millions. Damn, This Is Fucking Wild Fuck.”

Congrats to Tyler and The Lonely Island on their incredible debuts.

Adele is looking absolutely stunning on the cover of “Out” magazine. With her red lipstick and full eyelashes she is giving her fans “face”. With the number 1 album in the country and a lawsuit from her ex-boyfriend she says she would give it all up for the very ex who inspired “21”.

“I don’t think I’ll ever forgive myself for not making my relationship with my ex on 21 work, because he’s the love of my life,” she says.

“Well, I would still be singing in the shower, of course, but yeah [I’d give up] my career, my friendships, my hobbies. I should have given up trying to be the best.

Wow, that speaks volumes. The lengths that woman will go for these men. Couldn’t be me.

Adele is looking absolutely stunning on the cover of “Out” magazine. With her red lipstick and full eyelashes she is giving her fans “face”. With the number 1 album in the country and a lawsuit from her ex-boyfriend she says she would give it all up for the very ex who inspired “21”.

“I don’t think I’ll ever forgive myself for not making my relationship with my ex on 21 work, because he’s the love of my life,” she says.

“Well, I would still be singing in the shower, of course, but yeah [I’d give up] my career, my friendships, my hobbies. I should have given up trying to be the best.

Wow, that speaks volumes. The lengths that woman will go for these men. Couldn’t be me.